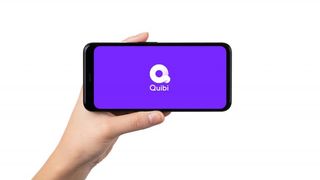 Mobile-focused streaming service Quibi is facing patent litigation over its so-called “turnstyle” feature, a core technology that enables users to quickly switch their phone from profile to landscape viewing mode, in back.

As first reported by the Wall Street Journal, New York-based Eko, a company that creates interactive videos for entertainment and advertising applications, claims it developed and patented the phone-flipping feature.

Also read: Can Quibi Build a Brand From Scratch Amid Stiff Streaming Competition?

In this case, Quibi actually filed suit first, claiming to a California federal court this week that, “After seeing Quibi’s keynote address at CES, Eko embarked on a campaign of threats and harassment to coerce money or a licensing deal from Quibi.”

Quibi founder Jeffrey Katzenberg conceded taking a meeting with Eko CEO Yoni Bloch in 2017, prior to creating Quibi. But he says he doesn’t remember much about that meeting, and he isn’t the kind of engineering technologists who might remember the technical details, anyway.

In a statement provided to the Hollywood Reporter, Quibi said, “Our Turnstyle technology was developed internally at Quibi by our talented engineers and we have, in fact, received a patent for it. These claims have absolutely no merit and we will vigorously defend ourselves against them in court.”

Also read: Quibi Raises $750M in Second Round of Financing

In its own statement, Eko responded, “Over 10 years, Eko has contributed a multitude of patented inventions to the interactive video space. It appears that others have found significant value in incorporating our technology into their endeavors without our permission. We are hopeful for an amicable solution that rightfully recognizes our work.”

Privately financed with $1.75 billion, Quibi will launch April 6 with about 50 short-form series in the can (around 175 shows, comprising about 8,500 episodes have been announced). Quibi is touting big name after big name in its producer ranks. Just a few of the well-knowns revealed in its big CES presentation included Steven Spielberg, Ben Stiller, Keifer Sutherland, Idris Elba, Kevin Hart, Chrissy Teigen, Lorne Michaels, Sam Raimi and Antoine Fuqua.

Turnstyle will be an interactive feature, engaging the audience to keep turning their phones from landscape to portrait and back to follow the narrative of the show they’re watching.