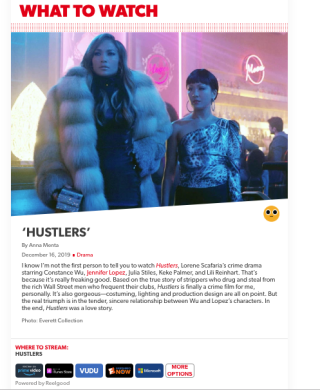 Decider, the platform launched by News Corp’s New York Post five years ago to help readers better navigate the expanding ocean of streaming video choices, has partnered with Reelgood to embed the Silicon Valley start-up's guide widget in its reviews.

And it’s essentially a marriage of two companies chasing the same objective, but doing it from different angles. According to Graham, Decider bills itself as a “human antidote to the algorithms,” serving as an editorially-driven, review-oriented alternative to Netflix-style search and recommendation.

For its part, San Francisco startup Reelgood also bills itself as a lighthouse amid the exploding universe of on-demand choice TV consumers face in the cord-cutting era. However, Reelgood approaches the problem from an entirely technological perspective.

“It’s the worst feeling in the world to have spent $4.99 on Amazon to stream something when it was part of your Hulu subscription all along, and you didn’t know it,” said Graham.

Starting last week, if you click on any of the 15,000 movies or TV shows that Decider has collected data on, you’ll see at the bottom a Reelgood widget, which features all the various SVOD, AVOD and transactional platforms where the content can be found, including links.

Previously, Decider provided a somewhat similar widget to its readers that was powered by another streaming video aggregation platform, GoWatchIt.

Graham said Decider first met with ReelGood’s team 18 months ago. In August, it began working with Reelgood’s engineers to build an API that would work with Decider’s WordPress-based publishing backbone.

These are heady times for both companies.

Reelgood just secured another $6.75 million in Series A funding from Runa Capital with participation from August Capital.

Graham attributes the growth to the rise in mainstream consumer interest in video streaming—a spike he believes that is directly related to the entry of Disney+, HBO Max and Peacock into the market.