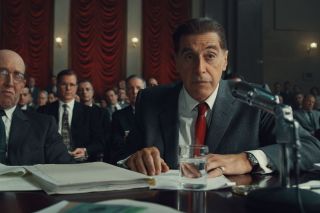 By Netflix's new audience measurement standard, the definition for a "view" of Martin Scorsese's 'The Irishman' has decreased from 146.3 minutes to two minutes. (Image credit: Netflix)

Continuing to play by its own rules and metrics, Netflix said Tuesday that it has changed its benchmark for a counting views to whether a user sat through at least two minutes of the content.

In its fourth-quarter letter to shareholders, the leading streaming platform said that it’s moving on from the old methodology, which based a content view on whether the user watched at least 70% of a movie or TV show episode.

That means that the threshold for counting viewership for Martin Scorsese’s latest mob opus, clocking in at 209 minutes, just got reduced from 146.3 minutes to two.

In its shareholder missive, Netflix executives conceded that the change will increase the amount of viewership it repots to the public.

Netflix said two minutes of viewing is "long enough to indicate the choice was intentional.”

Since Netflix doesn’t sell commercial time, it’s hard to gauge the impact the change will have. Certainly, it will make it more difficult for media-tech news sites like this one to reference prior benchmarks, given those examples have been rendered apples to the newly created two-minute oranges.

“Our new methodology is similar to the BBC iPlayer in their rankings based on ‘requests’ for the title, ‘most popular’ articles on the New York Times, which include those who opened the articles, and YouTube view counts. This way, short and long titles are treated equally, leveling the playing field for all types of our content including interactive content, which has no fixed length,” Netflix executives said in their letter.