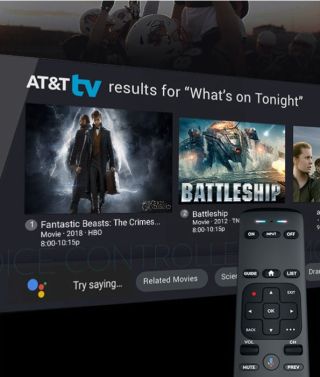 The FCC has clearly started something with its determination that streaming service AT&T Now represents effective MVPD competition to Charter's cable video service in Massachusetts, leading to a fight between cable ops and the FCC on one side and local regulators on the other.

The FCC has said the presence in a market of direct-broadcast satellite service (DirecTV or Dish Network) can trigger an effective competition finding, but this was first time a streaming service — in this case virtual MVPD AT&T TV Now — filled the bill.

An FCC determination of effective competition means that local franchise authorities (LFAs) can no longer regulate basic cable rates. All cable franchises are now considered effectively competitive, save for some systems in Massachusetts and Hawaii. That is because the FCC under Democratic chairman Tom Wheeler reversed the FCC's long-standing presumption against effective competition and, instead, assumed they were competitive unless LFA's could prove they were not.

Not long after the FCC's Charter decision last fall, Comcast filed for similar relief, citing the Charter decision and saying it should get the same status in 84 communities in the state where it delivers cable service.

But Massachusetts regulators are pushing back, signaling their plan to challenge the Charter decision and then asking the FCC to hold Comcast's request for relief in abeyance until that challenge is resolved.

Comcast says "no way." It told the FCC last week that there is nothing extraordinary about someone challenging an FCC decision and Massachusetts should not get the "extraordinary circumstances" relief of that abeyance. As to not granting Comcast the same relief as Charter in the state, the company told the FCC: "Subjecting Comcast to regulatory burdens that do not apply to any other competitor in the highly dynamic video marketplace doesn’t serve the interests of consumers and is contrary to congressional intent," Comcast told the FCC

The FCC back in October found in the Charter decision that virtual pay TV service AT&T Now qualified as a competing video service  because it checked all the boxed for an LEC-provided competitive video provider for purposes of the effective competition trigger — comparable services, offered direct to home, and marketed by AT&T. The item said a provider does not have to have its own facilities to be a comparable video service, one of the sticky wickets in the long-standing debate on how streaming video should be treated in Washington.

FCC chair Ajit Pai said at the time that given the rise of Netflix, Hulu, and Amazon, and the addition next month of Disney Plus and Apple TV, it strained credulity to argue that cable was not now subject to effective competition "across the nation."

But the Massachusetts Department of Telecommunications & Cable and the state's attorney general countered that OTTs do not offer channels of video service and that basing an effective competition filing on a non-facilities-based streaming video service "would undermine  the commission's policy goal of encouraging facilities-based investment and limiting regulation of the internet."

The state also argues that OTT's are a limited (no local TV channels), higher-cost alternative rather than a similarly situated competitor, and so giving them MVPD status would hurt consumers.

Historically, cable providers have cited the ubiquity of satellite as justification for removing rate regulations. But in this test case of sorts, Charter and the smaller, independent operators represented by ACA Connects, based that OTT competition call on the availability of AT&T TV Now, the former DirecTV Now.

To avoid a return to basic cable regulations, cable operators are looking to establish the precedent now as cord-cutting continues to cut into subscriber counts for the satellite competitors, whose ubiquity led to the FCC presumption of competition, and as over-the-top becomes the video delivery system of choice for those former satellite customers, as well as for cable operators who have made it clear that migration to broadband delivery of video and away from their traditional video distribution channels is the future of their business.

Cable companies fear that if the subscriber counts for DirecTV or Dish Network go south, local franchise authorities could cite that as a reason cable ops were no longer subject to effective competition and reinstate basic rate regulations.