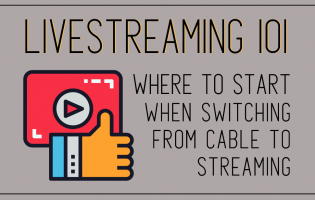 Rainbow Communications, which supplies phone, broadband and cable to Northeast Kansas, said it is pulling the plug on traditional cable service to focus on streaming video.

"Based on what we see for the future and what’s best for our customers, Rainbow Communications will no longer provide TV service as part of our entertainment package," Rainbow told its customers, pointing out that more than 80% of its internet usage was streaming video.

Cable operators have increasingly been eyeing the move to online video, one reason the American Cable Association, which represents smaller operators, changed its name to ACA Connects.

In an open letter to its customers billed as a "TV End Announcement," Rainbow said that given that there was now "a high-quality and less-expensive technology exists for watching TV" in over-the-top video, it would no longer be their TV provider as of June 30, 2020, by which it meant no longer be providing traditional cable TV. It stopped taking new video subs Jan. 13.

Rainbow said it would try to maintain all its channels 'til the June end date, but could not guarantee it if there was a "loss of expensive equipment."

Rainbow also cited the cost of content and the difficulty of independent providers to offer quality lineups without boosting rates. "Instead," it said, "we will focus our efforts on delivering the best internet speeds possible so customers can watch high-quality and less-expensive TV channels over our high-speed internet connection."

"[Y]our new digital picture and sound can be delivered over our Rainbow internet service," it said. "When you combine our high-speed internet with HD-picture, the clarity will surprise you."

Rainbow said it would provide the best possible streaming alternative, including via premium WiFi.

Rainbow said it wanted to give its subs plenty of time to decide whether to stick with Rainbow for video or "determine the best alternative TV service that best fits your household."

Rainbow said that included a Streaming Care program that would help steer them to a streaming service of their choice--it listed Amazon Prime Video, Hulu Live, Sling, YouTube TV, Netflix, CBS All Access--based on "your favorite channels" and "recommend devices."

It's WiFi pitch is for a router upgrade if needed.

It will not be providing a local TV station streaming option, instead steering them to YouTube TV or Hulu + Live for "all their local channels plus more favorite networks for a minimal price."

Rainbow said that streaming would be "a new exciting, inexpensive way" to watch their favorite channels. It recommended a 25Mbps plan for optimal screening, but said making the switch to streaming video could save subs up to $600 per year.