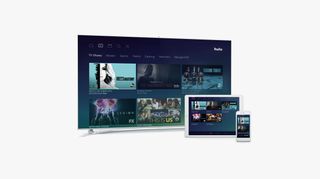 MoffettNathanson analyst Michael Nathanson projects that overall pay TV recession will hit a record -6.8%, but will be offset by an “exceptionally strong” growth quarter for virtual MVPDs Hulu Live TV and YouTube.

In his note to shareholders this morning, titled “U.S. Media: Get Those Life Boats Ready,” Nathanson said he didn’t have accurate data enough data to detail precisely how well the vMVPD sector did in Q4. But by all accounts, Hulu Live TV and YouTube TV “crushed it” during the quarter.

The total attrition fo 1.467 million was about 311,000 more than MoffettNathanson had forecasted going into Q4 earnings reports.