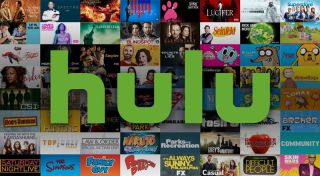 Some big streaming services—Disney Plus, Apple’s TV Plus and NBCU’s Peacock come to mind —are brand new creations. And then there’s Hulu, one of the OG streaming services, nearly 13 years old and now undergoing a radical rebuild on the fly.

Much of that is a result of Disney’s acquisition in March 2019 of a controlling share of the streaming service as part of its $71.3 billion acquisition of most of 21st Century Fox. Since then, Hulu has undergone a string of integrations with other Disney properties, a shift to more original and in-your-face programming, and a newfound sense of direction for a formerly flailing service long hamstrung by split ownership.

Hulu launches this new chapter with a lot of valuable resources:

It’s too soon to know if Hulu’s massive pivot will pay off amid the rush to market by shiny new competitors backed by companies with deep pockets. But Hulu is working from perhaps its strongest position ever, more than a dozen years after it launched.

Yes, Netflix continues to dominate the market, surpassing pay-TV networks in usage. But its growth has slowed, while Amazon Prime and Hulu are continuing to gain market share, according to a recent PwC study on the state of streaming media.

Among the survival strategies suggested by that PwC report: building strategic content partnerships, and investing in new technologies and “adjacent” sectors. That’s exactly what Hulu has been doing doing, if by way of that massive Disney takeover, in this shift to a new direction.

There have been plenty of hiccups along the way, as Disney executives seemingly focused on nailing the Disney Plus launch before attending to Hulu. With Disney Plus off to a roaring start after the pop-culture explosion that was The Mandalorian and Baby Yoda, Hulu is being remade on numerous, promising fronts.

Out went Randy Freer, the CEO the past two years. In came Kelly Campbell, the service’s former CMO, though with a more limited role than Freer had. For instance, Disney TV Studios chief Dana Walden, a former Fox TV executive who made the transition, took over creating Hulu’s scripted originals.

Also, Disney had previously announced a “strategic deployment” of FX Networks, still headed by the highly regarded John Landgraf, that would include shifting much of its up-coming original programming to a new online channel, to be called FX on Hulu. That service within the service just debuted, and already is getting lots of critical love for the just-launched Devs, created by Ex Machina writer-director Alex Garland and starring Sonoya Mizuno, Nick Offerman and Allison Pill.

Expect more integrations of Hulu and other Disney operations, especially with back-end operations, in a quest for reduced cost and more coordinated operation. And while more original content decisions will be centralized under Walden, determining what ends up on Disney Plus vs. Hulu is still a work in progress.

For instance, Disney Plus thought it had lined up a reboot of the old Disney Channel hit Lizzie McGuire, an obvious candidate for the kind of family-friendly, nostalgia-fueled ‘90s and ‘00s reclamation project that has seen everything from Saved By The Bell to Beverly Hills 90210 end up back on TV screens.

But conflict erupted, and Terri Minsky, the original series creator and the reboot’s showrunner, unceremoniously departed early in the year over “creative differences.”

Then star Hilary Duff posted on Instagram that she felt she’d “be doing a disservice to everyone by limiting the realities of a 30 year old’s journey to live under the ceiling of a PG rating.”  Duff, now 32, went on to post that she hoped Disney would move the show to Hulu, where the ratings ceiling is considerably higher.

Two other shows already have “graduated” to the grownup outlet: yet another adaptation of Nick Hornby’s book High Fidelity, into a series starring Zoe Kravitz; and a series adaptation of the rom-com Love Simon, to be called Love, Victor. Expect more of these shifts to happen while the two services figure out their respective audiences and programming focuses.

Further emphasizing 2020’s new direction, just as Campbell took over as CEO, Hulu spent freely at the Sundance Film Festival, and in advertising for its buffed-up offerings.

And in Park City, Hulu and Neon joined to spend a record $17.5 million, (plus another 69 cents to grab that record amount) to acquire Andy Samberg’s comedy Palm Springs. Neon – the red-hot indie behind Oscar-winner Parasite – will handle theatrical distribution.

Hulu also spent $8 million for horror/satire Bad Hair, the latest from Justin Simien, who first made a splash at Sundance with 2014’s award-winning Dear White People.

Those kinds of pricey, high-profile acquisitions promise a very different approach to programming, as Hulu moves beyond its network TV rerun roots into a more complicated and artistically adventurous place.

In the meantime, consider Hulu a work in progress, but potentially a hugely influential one as the company figures out its new voice, and how to play well with all its new Disney siblings.