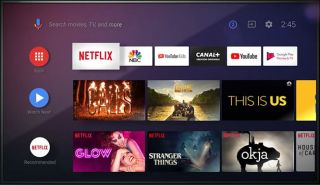 This comes from a report in the new publication Protocol headlined, “How Google kneecapped Amazon’s smart TV efforts.”

"They cannot do Android TV and Fire TV simultaneously," an unnamed “senior employee of a major TV manufacturer,” told the publication.

Google has deals with six of the top 10 smart TV manufacturers to integrate Android TV into their sets. Google also has Android TV arrangements with more than 140 pay TV operators, who are integrating the platform into their next-generation set-tops.

Violating the so-called “Android Compatibility Commitment” contract could result in a licensor being unable to integrate the Google Play Store, as well as Google Assistant, into their devices. These are the key benefits for licensing Android TV in the first place.

The source described the arrangement as being “completely unique” in the OTT software business.

As Protocol noted, Google and Amazon have one of the most contentious relationships in the Big Tech realm.

"What keeps us awake at night is Amazon," said Google’s Android TV chief, Shalini Govil-Pai, in a recent interview.

Amazon Fire TV is the leading OTT device ecosystem globally, counting 40 million users. And its second only to Roku in U.S. usage. But its global leadership position isn’t reflected in smart TV software integration, where Roku, Amazon and Google are competing for domination.