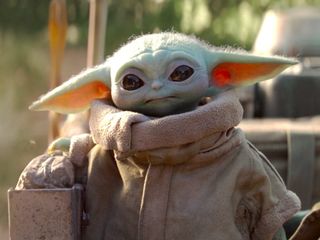 Also running counterintuitive to other research: the Cowen analyst found that the entry of Disney+ directly impacted Netflix, costing the No. streaming service around 1 million users.

Of course, navel-gazing research reports and executive influencer opinions have been rather ubiquitous in the run-up and after the November 12 debut of Disney+. But this one is interesting.

Blackledge polled 2,500 U.S. consumers last month and found that 21% of them had signed up for Disney+. From there, he was able to multiply that figure by the number of relevant U.S. TV homes and come up with 24 million.

Notable: A third of the Disney+ base is on a one-year-free promotion through Verizon and is not paying for the service.

Also notable is the impact on Netflix. Three weeks ago, Netflix leaked internal data suggesting it was right on schedule to reach projected fourth-quarter subscriber growth of around 7.6 million users, with a steady supply of original content—The Irishman and Marriage Story included—thwarting any consumer impulse to displace the $12.99-a-month Netflix with the $6.99 Disney+.

But in his research note, Blackledge estimates that Netflix’s Q4 growth will only tally around 5.1 million users.

“The incremental churn uptick [for Netflix] appears reasonable given the Disney+ launch, which has been highly publicized and includes various marketing programs, including a Verizon promotion that offers Disney+ for free for one year,” the Cowen analyst wrote.