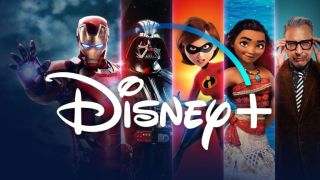 Verizon Communications saw its wireless customer base surge in Q4,  which many analysts believe was tied in part to its aggressive promotions toward the end of the year, including one involving The Walt Disney Co. 's streaming service Disney Plus.

Verizon added about 790,000 post-paid wireless phone net connections in Q4 (its highest Q4 gain in six years), finishing the year with about 90.5 million post-paid wireless connections. The quarterly gain was well above the prior year’s increase of about 650,000 connections, and well above average analysts’ estimates of  about 525,000 additions. Many saw the surge as a direct result of the company’s decision to provide the Disney Plus streaming service free for one year to its unlimited data wireless customers. Verizon started the promotion with the launch of Disney Plus in November.

Some analysts estimated that the Disney+ app was downloaded about 24 million times in its first month.

In a research note, Barclays media analyst Kannan Venkateshwar wrote that the Disney Plus promotion likely had a greater effect on existing subscribers, but estimated it could have been responsible for between 200,000 and 250,000 new wireless customers in the quarter.

“While this is optically rather small relative to the 20 million Disney+ sub number, we do acknowledge that the sub tailwind was over only one month and it appears that the bundle has had a larger impact on existing account churn,” Venkateshwar wrote, adding that Verizon’s post-paid phone churn was much lower than its peers. “This would imply that the tailwind to Disney Plus from Verizon came from existing VZ subs which could have contributed 3-4 million to Disney+ subs in the quarter overall.”

Media segment revenue was flat for the period at about $2.1 billion.