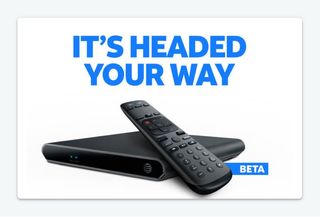 AT&T TV, the streaming version of traditional pay TV, is now available nationwide after launching into 13 test markets over last summer and fall.

AT&T said it is bundling the new video service with fiber internet for $80 a month for the first year—$40 each for broadband and TV.

Also read: AT&T TV: Everything You Need to Know About the Streaming Version of AT&T’s Premium Pay TV Service

The deal requires a two-year contract and shoots up massively in the 13 month—to $93 a month for video service alone. There’s also fees involved for things ranging from regional sports networks to leasing additional set-tops.

These very traditional-sounding telecom restrictions are juxtaposed against very OTT elements to the service. AT&T TV is build around a proprietary Android TV-based set-top, which provides full access to all the apps available in the Google Play Store, not to mention Google Assistant voice and home-automation support.

The service, which ships with one proprietary set-top, also includes 500 hours of DVR storage.

The launch of the service displaces AT&T TV Now, which charges more for fewer channels in its current iteration. It would also seem to render DirecTV satellite something AT&T might consider divesting.

"Our customers told us what they want from their TV service and we built AT&T TV around that,” said Thaddeus Arroyo, CEO of AT&T Consumer, in a statement. “AT&T TV is live TV made easy and when you add AT&T TV to our amazing 1 gigabit AT&T Internet you can’t go wrong.”