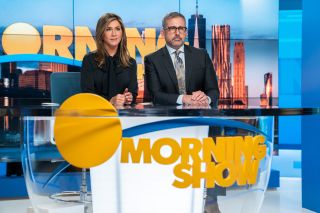 Apple TV+ has around 33.6 million U.S. users nearly three months after launch, according to figures published by Ampere Analysis and provided to The Wall Street Journal.

The tally, if accurate, would rank the technology company’s new streaming service ahead of Hulu, which has 31.8 million subscribers, as well as Disney+, which is pegged by the research firm at 23.8 million users.

Speaking to Variety, Daniel Gadher, a research manager for the London-based Ampere, referred to its Apple TV+ tally as “very early-stage, initial estimates.” He also said the vast majority of Apple TV+ users aren’t paying the service’s $4.99-a-month fee and are on a promotion that provides a year of free service to those who purchase new iPhone, iPad, Macbook or other Apple gadgets.

Related: Is It Already Too Late for Apple TV+?

Gadher didn’t elaborate on Ampere’s methodology for the 33.6 million figure. Given that Apple is projected by one analyst to sell 116 million iPhones in the first half of the fiscal year, the figure doesn’t seem all that outlandish.

Apple TV+ (aka Apple TV Plus) launched on November 1 and currently has a limited library of 12 original titles.