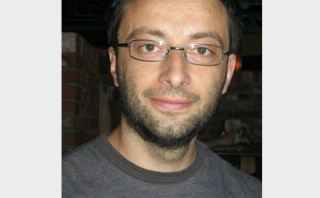 Apple has hired away a high-ranking engineer from Netflix to help it build out its new streaming service, Apple TV+.

On his LinkedIn profile, he describes his role at Apple briefly as well, listing himself only as ŌĆ£engineering lead.ŌĆØ

MeshenbergŌĆÖs move was first reported by The Wall Street Journal, which noted that Apple is similarly shifting much of the infrastructure for its internet-based services to the cloud.

Related: Is It Already Too Late for Apple TV+?

Apple TV+ (aka Apple TV Plus) launched on November 1. During AppleŌĆÖs fourth-quarter earnings call Tuesday, Apple CEO Tim Cook said the 4.99-a-month Apple TV+ service, which is given away for free for one year to purchasers of new Apple devices, is ŌĆ£off to a rousing start.ŌĆØ

ItŌĆÖs unclear as to how rousing, however.

A HarrisX study published last week reported that only about 5% of U.S. streaming homes sampled Apple TV+ in the latter six weeks in fourth quarter 2019 it was available.

However, Parrot Analytics reported Tuesday that six of the top 10 streaming debuts in Q4 came from Apple TV+.