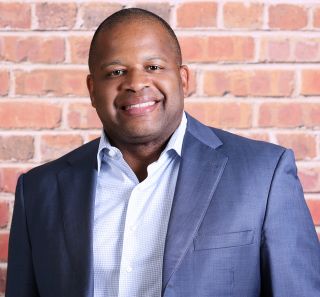 For the past few years, trade industry conversations have swirled around cord-cutters, streaming wars, the explosion of over-the-top video, loss of subscribers, bundling and unbundling, and the rise of ad-supported video-on-demand platforms (AVODs). Yet, these topics and conversations usually only touch on the issue that is really driving, and will continue to drive, every part of the industry for several years to come — programming costs.

It certainly makes perfect sense. It’s often said, “follow the money,” and just about any issue can be tied back to money.

October’s news of the death of PlayStation Vue made it all too abundantly clear that this is the No. 1 issue and it’s not going away anytime soon. It will only get more pronounced. Sony did not try to hide the fact that heavy competition and rising content costs drove this decision. Since PS Vue launched in 2015, more than a dozen streaming options have joined a crowded market that already includes big players Hulu, YouTube TV, Sling TV and AT&T TV Now, with more options on the way from Apple, Disney and WarnerMedia. However, analysts have predicted that as costs continue to rise for streaming services, some consumers may actually choose to not cord-cut, as previously expected.

Programming costs affect everyone from the content producers to the MVPDs to the platforms, on down to the consumers who face more and more difficulty in deciding exactly where they’ll go to get the content they want and what their tolerance level is for yet another subscription-based streaming service for their smart TVs and devices.

A recent Wall Street Journal/Harris poll found that Americans are willing to pay $44 per month for 3.6 streaming services. That’s it.

Yes, you can toss away those dreams that Americans are just going to add service after service. Consumers are quickly reaching their breaking point, just as cord-cutters reached their limit as cable subscription rates rose and rose. According to that same WSJ/Harris poll, a full one in five consumers are still considering making that move and cutting the cord within the next year. Everything does have a breaking point — again, it all comes back to cost.

On the other end of the spectrum, actual programming costs are skyrocketing. For years, industry analysts have been sounding the alarm bells on Netflix — which spent a whopping $13 billion on content in 2018, with 85% of that war chest going toward originals — that it was digging itself into a huge hole. They may be right and Netflix isn’t the only one.

For many years now, the strategies of several OTTs have been to eat into their own margins to keep consumer costs down and drive subscriptions. How long is that sustainable? And what pulls them out of that mess? It doesn’t take a genius to predict that OTTs will only be able to sustain that route for the very short term, and will be forced — very soon — to increase consumer bills, notch big losses or lose content, or all three.

Unfortunately,  what I see happening next is these financial pressures forcing OTTs to focus their attention solely on original content (which is the reason that Apple TV+ isn't interested in buying content). The industry will also see wide-scale bundling of OTTs to mitigate costs. In addition, AVODs will find some growth because advertising revenue will provide some counterbalance to programming costs.

Sadly, more OTTs will fail, as we’ve seen in the recent example of PlayStation Vue. The OTTs that will survive and flourish over the next few years will be the ones that double down on original content and/or on AVOD.

The time has come to stop dancing around the programming cost issue, face the facts and address the elephant in the room.

Kevin Hill is founder and CEO of digital advertising marketing platform VuPulse. He has more than 20 years of experience as a marketing and entertainment industry executive with companies such as Polaroid Fotobar and Comcast NBCUniversal.