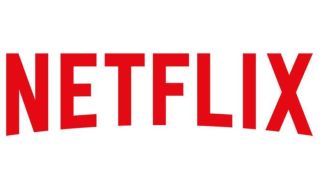 Last week, after Needham & Co. Laura Martin downgraded the stock and predicted that competition from the likes of Disney +, Apple TV + and Peacock would erode Netflix’s domestic customer base, Netflix shares took a big hit, dropping more than 3% in one day and casting doubt on the future of the SVOD pioneer.

And then, a few days passed.

Another crisis averted. Like the weather in New England, it appears that if Netflix shareholders don’t like the way the stock is moving, just wait a few minutes, things will change.

Fueling that growth spurt was a Securities and Exchange Commission filing where Netflix, notoriously stingy with detailed subscriber data, issued a report that showed while growth in the U.S. is beginning to slow, the slack is more than being taken up in other countries.

According to the filing, which came out weeks before Netflix is scheduled to report Q4 results on Jan. 21, about 90% of its growth and half of its 158 million customers are coming outside of the U.S., with Europe, the Middle East and Africa (EMEA) clocking in with 140% customer growth and 196% revenue growth between Q1 2017 and Q3 2019. Netflix has said that starting in Q4 it will break out results by region.

In Asia, a market Netflix has been trying to crack for years, customers numbered about 14.5 million, but subscriber and revenue growth since Q1 2017 has been 211% and 229%, respectively.

Anyone who has followed Netflix for a length of time already knows that international has been the growth engine for the company for years. In a blog post,  Lightshed Partners’ Rich Greenfield said domestic subscribers at Netflix have been on the slow since 2012, the same time as international additions started to pick up.

“Netflix has been an international growth story for years now – anything to the contrary is misleading,” Greenfield wrote.  He added that there is still substantial runway for international growth and estimated there are 500 million fixed broadband households in EMEA, Asia-Pacific and Latin America (excluding China), growing at a rate “tens of millions of households per year.” Netflix has about 91 million subscribers in those areas, implying a penetration rate of about 20%, vs. 66% for the U.S. and Canada.

“Simply put, the global growth opportunity is significant, particularly as Netflix leverages a large U.S. content base and invests heavily in local/regional content,” Greenfield wrote. “It is not hard to imagine Netflix reaching 200-250 million international subscribers in the future.”

Other analysts have pointed to the international opportunity in the past. Sanford Bernstein media analyst Todd Juenger has said he believes the SVOD pioneer could reach 300 million global subscribers by 2030. In a note last week to clients, he reiterated his bullish stance on the company.

The SEC filing also seemed to poke holes in another big criticism of the Netflix service, that its international customers won’t be willing to accept price increases. According to the filing, the average rate per home in the EMEA region has risen 19.7% since 2017, in Latin America it’s gone up 10% and in Asia-Pacific, rates have increased 5.7%, and there has been no effect on growth.

So, losing 4 million domestic subscribers doesn’t seem like such a big deal, except that Martin’s report showed that the biggest impact would be on perception. Domestic subscriber growth, she wrote, has been the catalyst that has driven the stock to new highs over the past couple of years. And though she acknowledges international growth -- her report came out before Netflix released its international figures on Dec. 16 -- she writes that U.S. subscribers are more valuable.

Martin wrote that the profit contribution of each U.S. customer is three times that of an international customer, which implies that the company’s negative free cash flow worsens as U.S. subscribers decline. That, Martin wrote, means Netflix has to divert more capital to recapture those subscribers, taking it away from content.

“The problem with Netflix if it loses U.S. subs is it loses its growth stock credentials,” Martin told CNBC. “So it will no longer trade at 7 times revenue, it will get revalued at 15 times EV/EBITDA, which is like half on the stock price.”

She added that Netflix also must respond to the Disney + and Apple TV Plus price points. “You just can’t have a $13 [per month] response,” Martin said

So, I guess this is a long way of saying, don’t sweat the small swings in the stock. Bigger gains and losses are likely ahead.

Martin has made bold statements before (and been proven right). And though not everyone is right 100% of the time, people have been waiting for the Netflix bubble to burst for awhile.

Martin said that the competitively priced Disney + and Apple TV +, at $6.99 and $4.99 per month, respectively, has heightened the need for Netflix to come up with a similarly priced tier for consumers. Netflix raised its prices earlier in the year from $11 to $13 per month for its streaming service. Overall Netflix prices range from $9 for basic service (single stream, SD), to $16 for premium (four screens, HD and 4K).

In the Dec. 10 CNBC segment,  Martin said Disney was the catalyst for the downgrade. She added that she believes about half of the 16 million new accounts Disney says have signed up for Disney + are coming from Netflix.

Related: The Song Remains The Same

According to Yahoo! Finance, Netflix is trading at about 55 times Enterprise Value/EBITDA.

But there are a lot of questions around the impact of Disney + so far. Yes, 10 million people downloaded the app and signed up for the service on the first day, but the vast majority of those customers were getting it for free. And yes, some analysts predict about 26 million people have signed up after the first month, but again, a lot of those customers are coming from services that have offered free Disney + trials (Verizon, for example, is offering a free year of Disney + to its unlimited data customers).

And then there is the question of whether Disney + paying customers are dropping Netflix or any other SVOD service, or are just carrying them all.

Martin’s downgrade came just as Netflix chief product officer Ted Sarandos said more than 26 million people watched the much-hyped Martin Scorsese movie The Irishman in the first seven days after its Nov, 27 debut on the service, and that he expected 40 million to watch over 28 days. That performance was on par with the previous seven-day champ (Sandra Bullock horror movie Bird Box) which also tallied 26 million viewers after its debut about a year ago.

And it also should be noted that Disney + is loaded mostly with kids library content like Disney Channel series, animated classics and the Star Wars movies. Original content is limited, with Star Wars saga The Mandalorian topping the list, and other series like The World According to Jeff Goldblum, Encore! and High School Musical: The Musical: The Series. It wouldn’t be a stretch to think that Disney + subscribers are more than willing to shell out $7 per month for their children’s content needs, while the adults in the house watch Netflix, or Hulu, or Amazon Prime Video, or CBS All Access, or literally anything else.

In a research note, Pivotal Research Group CEO and senior media & communications analyst Jeff Wlodarczak attributed much of Disney +’s early success “to the fact that it is free for [about] 20 million potential U.S. households and usage by consumers that download the product has been anemic (unsurprising given the lack of original content).” He added that he believes that the discounting of Netflix stock because of Disney is “a mistake that will likely show up in very high subscriber churn as they try to move consumers even to their relatively low monthly pricing.”

In Wlodarczak’s eyes, Disney + is targeted at homes that have children less than 13 years of age (about 33 million households), “but is certainly not a Netflix killer.”

The solution in Martin’s view is something that other streaming services have adopted, but that Netflix has adamantly opposed: advertising.

Hulu, owned by Disney, is probably the prime example of an ad-supported streaming service. In Q3, Hulu said it had about 28 million customers, more than 70% who subscribed to its ad-supported tier, priced at $5.99 per month. Hulu also has an ad-free tier for $11.99 per month.

Peacock, the NBCUniversal streaming service set to launch in April, will be free to Comcast customers while others may have to pay an undisclosed and monthly fee. NBCU has said that Peacock will be ad-supported.

In her report, Martin wrote that Netflix could price a service at between $5 and $7 per month, and supplement it with a 6 minute to 8 minute per hour ad load. Since the average Netflix viewer watches the service about two hours per day, that could translate into an additional $6 of incremental revenue per customer per month, she wrote.

I’m not sure if Netflix will be as attractive with ads as without, but I’m equally unsure of whether Disney +, Apple TV +, HBO Max, Peacock and any of the others that will come along in the future will be either. I guess, like the weather in New England, we'll just have to wait and see.