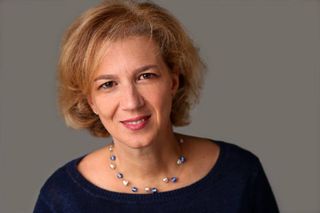 Next year GenZ and young millennials will comprise roughly 20% of the U.S. voting population which means they could have a significant impact on the outcome. These voters who are between the ages of 18 and 29 are actively shaping their candidate preferences and life-long political party affiliations. Politicians are expected to spend a record $10 billion on advertising and it’s critical for them to effectively reach young voters where they’re paying attention. Gone are the days of pouring millions into cable TV and praying for a big turn-out on election day - political advertisers need a much more granular, data-driven strategy to engage this massive audience.

Budgets Are Shifting to Where Voters are Watching

In the months leading up to the 2016 presidential election, politicians spent three times more on broadcast TV than digital but connected TV has grown rapidly in the last few years. Today, more than a third of U.S. households don’t have linear TV and that number will only rise as Americans opt for connected TV to watch what they want, when they want to. From shopping to dating, GenZennials are living their lives digitally. Media usage is no exception: 93% of GenZennials subscribe to at least one ad-supported connected TV platform, and spend more time with streaming TV than social media, linear TV, and audio media. Politicians who aren’t airing video ads on connected TV in 2020 will be missing out on reaching a large chunk of the electorate in a meaningful way.

Social media campaigns are now a part of every politician’s advertising strategy but voters’ trust in these platforms is waning. Though Facebook is still one of the main sources of political information, fake news and the weaponization of this platform by foreign entities should give political advertisers pause. Eighty percent of GenZennials believe there is too much fake news on social media, 76% don’t think social media companies can stop fake news from appearing on their platforms, and 64% trust TV news more than social media. Mistrust of content has cascaded to advertising as well, with 63% describing social media political advertising using negative terms like “untrustworthy”, “deceitful”, and “fraudulent”. Connected TV shares the trust benefits of linear TV content and gives political advertisers more advanced targeting benefits such as being able to layer in voter registration data into their campaigns.

Ultimately, politicians win elections when voters go to the polls, which means they have to not only know about the candidates but feel fired up and engaged. After seeing a political video ad, 80% of GenZennials took an average of two actions including conducting further research on a political issue and the candidates themselves. Furthermore, 68% of GenZennials said they found connected TV ads informative and 60% reported that they would seek out more information after watching an ad. The non-skippable, full-screen nature of connected TV ads spur audiences to take additional steps that get them that much closer to filling out a ballot.

This young audience is hungry for information to make their decisions in 2020 and the time to act is now. Sixty percent of GenZennials said they want to learn about candidates more than six months prior to the primaries and caucuses and 70% of them will be paying more attention to political ads for this election than in 2016. The window for politicians to rally this energized cohort to their corner is getting slimmer by the day. With 52 million GenZennial votes on the line, candidates need to calibrate their advertising strategies to reach many of these first-time and undecided voters who can’t be found using the tactics of past elections.

Telaria is the complete software platform that optimizes yield for leading video publishers.