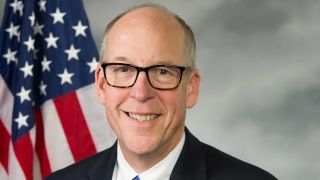 He was weighing in on the issue during a House Communications Subcommittee hearing on legislation promoting media ownership and employment diversity in broadcast and cable (MVPDs), over which the FCC has authority.

"[W]hile this hearing is a great step forward to evaluate steps that can be taken to promote diversity in broadcasting, we can’t solve the problem without looking at this issue across the media marketplace," he told the subcommittee.

Silicon Valley has taken plenty of shots on the Hill over its own lack of diversity and Walden wanted it to share the stage.

"The tech industry has increasingly become a prime competitor to traditional broadcasters and multichannel video programming distributors, or MVPDs," he said.

Hearing witnesses and legislators agreed that access to financing was one of the big obstacles to broadcast diversity. Walden suggested streamers had no similar problems.

"[B]illions of dollars are being poured into creating more [OTT] content now than ever before, which provides ample opportunity to promote diversity in programming," said Walden.

Walden conceded that the FCC did not have jurisdiction over OTT services, but said those services "nonetheless should be an element of our conversation examining voluntary efforts to promote diversity."