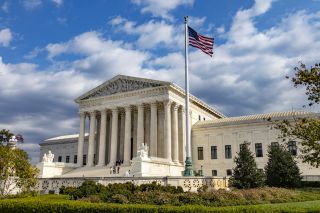 At about the same time that Chief Justice John Roberts was being sworn in to preside over the Senate impeachment trial of Donald Trump, a pair of legislators, one a current and one a former House impeachment manager, were introducing a bill that would turn the Supreme Court into the Stream Court.

The Eyes of the Courts Act would make the default setting that "real time or near-real time [access] on the internet," either audio or video, of all appeals courts, including the highest court in the land, would be allowed. It would also permit other electronic coverage of federal appeals courts--TV, radio, still photography, though in all cases the judge would preserve the discretion to disallow it.

Related: Congress Looks at Cameras in the Court

To date the Justices have declined to allow video of their oral arguments or reading of opinions, and any move by Congress to force that would prompt the separation of powers debate that has characterized the tension between judges and the legislators who view video as a way to put technological teeth into the requirement for public trials.

Judges would still have plenty of discretion.

It would allow judges to exclude that coverage if they decided, on their own initiative or in response to a petition, that such coverage threatened due process or was not otherwise in the interests of justice. Such a finding would not be appealable.

“That next week’s impeachment trial will be broadcast live, while the audio of this week’s Supreme Court arguments has yet to be released, is a significant and unnecessary discrepancy in public access among our branches of government,” said Fix the Court executive director Gabe Roth, who has long pushed for more electronic access. “The work of the Supreme Court and other federal appeals courts has broad implications for the country, and real-time access to their proceedings ought not be limited to the few who can travel to a courthouse and spend hours waiting to get in.”