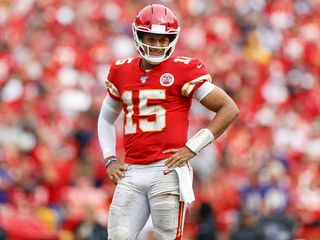 As always, the power of traditional linear broadcast television will be on full display Sunday, when the San Francisco 49ers face the Kansas City Chiefs in Super Bowl LIV at Hard Rock Stadium in Miami on Fox. But reaching the typical 100-million viewer benchmark is becoming more of a challenge given the increase of viewers streaming the live sporting event.

Last year, the CBS telecast of Super Bowl LIII featuring the Los Angeles Rams and the New England Patriots scored 98.2 million viewers on the linear platform, according to Nielsen Media Research, the lowest turnout since 2008 (when New England faced the New York Giants). TV’s perennially top-rated telecast of the year had consistently topped the 100-million viewer mark on a linear broadcaster since 2010 (peaking at 114.4 million viewers in 2015).

According to Nielsen, Super Bowl streaming audiences were still comparatively small — only about 2.2 million viewers streamed Super Bowl LIII last year, an increase of 31% over the prior year, the research company stated.

Other researchers determined the streaming audience to be much bigger. According to the 2020 “Super Bowl Viewership and Consumer Streaming Trends Survey” from digital marketing agency Adtaxi, the percentage of the audience streaming the game was as high as 21% last year, a marked increase over the 8% market share for the 2018 game.

Any way you slice it, the percentage of the audience streaming the big game instread of watching it on linear television is increasing. This year, Adtaxi expects 24% of the Super Bowl audience to come from OTT distribution.

“We have so many great 4K devices for customers to choose from, and this Super Bowl is shaping up to be one of the most exciting,” said Matt Clark, Amazon Fire TV’s head of business development in a statement. “We’re seeing incredible momentum in streaming and recently announced that Fire TV has more than 40M active users. Giving every one of those users a simple way to stream live sports is a huge area of focus as we invest in making Fire TV the best way to watch everything you love.”

Needless to say, the stage is set for what could — and should — be another record year for live streaming, as cord cutters (as well as traditional linear watchers) will have a variety of additional ways to access the game without a cable or satellite box. But that does not mean streaming Super Bowl LIV may not be without its inherent problems. According to streaming infrastructure company Phenix Real Time Solutions, viewers last year saw the on-field action 28 to 46 seconds, on average, after it actually happened.

Phenix is a real time video streaming platform with a goal to deliver content across the globe with less than a half of a second of end-to-end latency or delay and in sync so the entire audience can watch the game at the same time.

“We see other factors disrupting your viewing experience all the time in sports when these delays occur,” noted Kyle Bank, VP of sales operation and strategy at Phenix. “You might be getting push notifications from ESPN on your iPhone on what happened, or you are seeing something tweeted, or getting text messages from friends watching the linear feed.”

“A lot of broadcasters are also now including interactive elements in search of new ways to engage their audience,” he said. “They are adding group co-watching, polling and trivia, and interactive live Twitter feeds alongside the video, for example. Without a real-time stream that is in sync, many of those elements actually make the video experience even worse.”

Bank cites real-time streaming as a way to improve the overall user experience, which can drive longer viewing times, increase the overall audience size, and offer an added opportunity for advertisers.

“One of the biggest challenges with streaming is overall scale. Are the systems built to handle several million peak concurrent viewers?,” questioned Bank. “Then, how do you handle a flash crowd when you have a massive rush of people all at the same time, or a significant number of others joining within the event? Even if the video infrastructure is not built to handle that load, sometimes people can’t even authenticate to get the streams. And that makes it an authentication problem.”

“To an end-user or a viewer, all they know is they are not getting the stream,” he added. “We do believe the user experience for streaming is improving over time and the broadcasters are still working to improve quality and latency. But without real-time streaming, is it is enough to make all that much of a difference for the Super Bowl this time around?”

As expectations point to a record number of Super Bowl LIV fans streaming the big sports event this Sunday, not everyone is overly bullish on this non-linear viewing experience.

“Traditionally, the Super Bowl is a shared experience,” noted Rob Russo, president and founder of consulting firm RNR Media. “The out-of-home numbers from Nielsen for the Super Bowl last year was 12 million viewers, which only enhances the idea of people still watching together and via linear.”

CBS said in a press release last year that the out-of-home number “provides a more comprehensive view of linear TV viewing habits and a more complete picture of media consumption.”

“I don’t think the Super Bowl is a streaming thing,” said Russo. “And I don’t think it ever will be. While we are seeing big events, such as The Super Bowl, The Olympics and The Academy Awards growing via streaming usage, they are not growing in the same proportionality as traditional streaming. Plus, there are too many issues with streaming right now where it will really make that much of an impact.