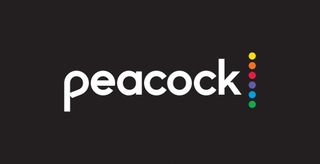 In a research note,  Moody’s said while Peacock is the third D2C streaming service to be launched in about a year -- Disney’s Disney+ and Apple’s Apple TV + were the others -- it addresses the need for distributors to pivot toward online  content as cord cutting and cord shaving grow.

Comcast, like its peers, have been hurt by the cord-cutting trend through a declining video subscriber base and an eroding base at its broadcast and cable networks. Moody’s said it expects the rate of pay TV subscriber losses to accelerate between the next 12 and 18 months as new entrants and viewing options emerge.

“This environment is creating an urgent need for a strategic pivot to capitalize on the changing media landscape,” Moody’s wrote, pointing out that consumers aren’t watching less TV, but that the value proposition of the bundle is eroding. Finding out what consumers value more is evident in the fact that Comcast lost 583,000 video customers in the first nine months of 2019, but added more than 1 million broadband subscribers.

Moody’s was also encouraged by Peacock’s ad-supported nature, which it said will leverage Comcast NBCU’s core ad relationships and capabilities.

“Peacock is capitalizing on what the company is calling “white space,” the free premium ad-supported content quadrant,” Moody’s wrote. “Comcast will be able to throw its weight around in the streaming wars given the breadth and avidity of NBCU’s largely existing content. The free and low-cost price points should be attractive enough for most consumers to explore the platform.”

Moody’s anticipates that lighter ad loads -- Peacock will have about 5 minutes of advertisements per hour, compared to 13 minutes per hour for broadcast TV and 16 minutes for cable networks -- which should mean that the ads will be highly targeted, and Comcast can charge more for them.

“We believe highly targeted advertising can provide as much as 250% higher returns for advertisers than traditional broad-based demographic advertising,” Moody’s wrote.”...The advertising opportunity for a scaled, inexpensive, premium DTC service can be very large and help the company monetize both new viewers and Xfinity video defectors and manage churn.”

Comcast has said it will invest about $2 billion over two years in content for the service, expecting the overall unit to reach break even by 2024. But Moody’s believes that may be a bit conservative.

Related: An alyst: Slow and Steady Wins the Streaming Race s, bringing in hundreds of millions of initial advertising dollars at launch, which will help support the initial investment,” Moody’s wrote. “However, we believe the company can scale a lot quicker given the service’s price and the revenue potential from scalable, addressable and innovative ad formats we believe advertisers will find favorable.”