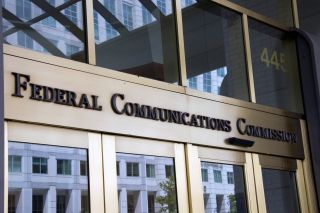 The FCC has made 25 Mbps (megabits per second) the de facto standard for high-speed broadband, which is also the commission's calculated minimum download speed for 4K video.

But that is despite some calls for it to bump up that minimum tied, in part, to the rise in video streaming that will likely only grow as broadband access devices become the new home video monitor of choice.

The FCC defines minimum speeds as that needed for "adequate performance" for the relevant application, based on one activity at a time, so if there are multiple video streamers concurrently, the need for speed increases significantly.

Recently, the FCC ruled that streaming video can be considered a substitute for standard cable services when it comes to determining effective video competition in a market, so having sufficient speeds will be important to driving that competition and maintaining that competitive profile.

The FCC says OTT video fits all of the definitions of a competitive video provider for purposes of the effective competition trigger — comparable services, offered direct to home. The item says a provider does not have to have its own facilities to be a comparable video service, one of the sticky wickets in the debate over whether and how to regulate video streaming.

"Adopting this order [is] a major step toward the Commission recognizing the realities of the modern video marketplace, and the increasingly important role that streaming services are playing in it," FCC chairman Ajit Pai said of the decision.

As cable operators move their standard distribution model to internet video delivery, they don't want the FCC to move program access and program carriage rules along with them. The FCC's conclusion that AT&T Now qualifies as a cable competitor raises the issue of just how the FCC should define OTT services beyond that effective competition, and the specter of subjecting them to the same regulatory regime, such as program-access and program-carriage rules, something cable operators definitely don't want.

And while the FCC has chosen not to raise its high-speed definition in the most recent annual report on advanced communications service deployment, it has gotten some pushback from broadband advocacy groups, including citing the need for speed of video services.

In comments on that report, the Benton Foundation said that given that broadband providers themselves have suggested 100 Mbps service for streaming video content, "the commission's benchmark should reflect this."

Given that the average household has multiple TV sets, if streaming, and broadband access devices, becomes the new go-to video--and stats suggest the TV set number is dropping as the number of streaming devices rises--broadband speeds will need to keep pace to ensure that OTT remains a competitive substitute for traditional cable, at least while traditional cable lasts.

Broadband operators don't see it that way. In arguing that the FCC should not raise its benchmark for reasonable and timely broadband deployment, NCTA-The Internet & Television Association, told the agency two weeks ago that 25/3 can accommodate “critical functions on multiple devices,” including video streaming. It suggests the FCC could even lower its speed threshold for broadband availability and that even lower speeds can handle streaming, particularly in the 60% of households with only one or two residents.

While cable calls streaming a critical function, the FCC doesn't actually list video streaming in the "advantages of broadband" section of its online "Getting Broadband" Q&A, which include distance learning and telemedicine and VoIP and online shopping. That is even though its OTT competition decision presumes that streaming video is a competitive alternative sufficient to justify deregulating cable rates.

When contacted about the absence of streaming video in the broadband advantages section, a spokesperson thanked Next TV for flagging the omission and said it was being added.

Video does feature prominently among the FCC's "rough guidelines" for what speed is needed for various applications (below), as well as a chart (see below) showing what level of service is likely needed for running a mix of multiple applications (light, moderate and high household use).