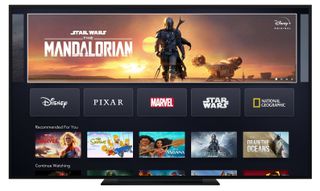 The Walt Disney Company has announced plans to accelerate the launch date for Disney+ in Europe to March 24, a week earlier than previously announced.

The media company also said the new streaming service will be priced at the U.S. dollar equivalent of $8 a month when it debuts on March 24 in the UK, France, Germany, Italy, Spain, Austria and Switzerland.

Related: Disney+ Most Downloaded Mobile App in U.S. in Q4 with 31M

Disney+ is already available in the U.S., Canada, Australia, New Zealand and The Netherlands. Last week, a HarrisX poll suggested that nearly one quarter of U.S. streaming homes signed onto the service in the fourth quarter. Disney+ launched in North America on November 12.