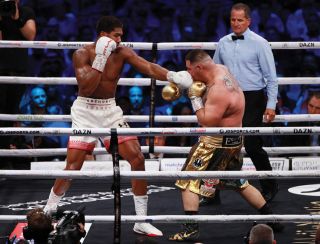 DAZN’s live coverage of the Dec. 7 Andy Ruiz-Anthony Joshua II fight was the most streamed event globally on the digital sports service in 2019, the company announced Tuesday.

The fight, in which Joshua regained his heavyweight titles from Ruiz, topped the more than 100 events on the service that generated more than 1 million streams during the year, although DAZN would not reveal the specific number of streams generated by the fight.

Three other boxing matches finished in the top 10, including the Nov. 2 Canelo Alvarez-Sergey Kovalev fight (fourth), the Nov. 9 KSI-Logan Paul II bout (fifth) and the May 4 Alvarez-Daniel Jacobs fight (10th).

DAZN, which launched in the US in 2018, is offered in nine countries across four continents, including Austria, Brazil, Canada, Germany, Italy, Japan, Spain, Switzerland and the United States.