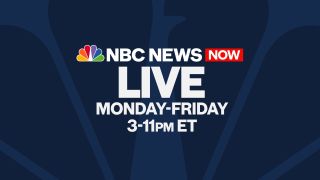 NBCUniversal has announced a series of production staff hirings for NBC News Now, as it staffs up its free-to-consumer, ad-supported streaming news service ahead of its expansion to a 24/7 format next year.

NBCUniversal’s free-to-consumer, ad-supported streaming news service launched in June with eight hours of live-streamed programming each weekday. It’s competing with the previously launched free live-streaming platforms of NBC’s traditional rivals—CBS Corp.’s CBSN, which has been in the market since 2014, and ABC News Live, which launched in 2018.

NBC said its platform has seen in excess of 27% monthly audience growth since launch and that users are averaging 63 minutes of view time per session on NBC News Now’s top OTT platform for engagement, Amazon Fire TV.

Associate producer additions include: Kelsey Barberio, who previously served as a researcher on NBC’s 3rd Hour of Today; Kayla Johnson, a two-year NBC News veteran who moves up from graphics production assistant; Erin Kutch, most recently an associate producer on MSNBC Weekends with Alex Witt; and Alexandra Turcios-Cruz, who had been working as a production assistant and researcher for NBC News Now.