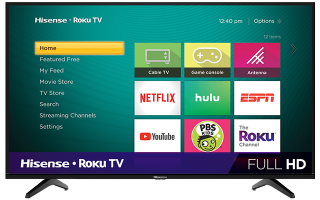 Virtual MVPD fuboTV will now be a native component of Vidaa. Users can access the subscription service, which markets itself on its broad access to soccer and other sports programming, by merely press the “sports” button on their Hisense remote control.

Hisense also announced the addition of Music on YouTube. And the set maker also touted a new partnership with digital art community DevianArt that renders access to 370 million pieces of digital art for Hisense owners to post on their televisions during dinner parties.

"Vidaa aggregates content from the best global and local partners. We already have global partners including Netflix, Prime Video, YouTube, Red Bull TV, Deezer, DAZN, Rakuten TV and Hungama,” said  Hisense International Chairman Dr. Lan Lin, in a statement. “With the new update we are also bringing on our platform a new partnership with sports-focused live TV streaming service fuboTV. fuboTV's application is already pre-installed in every Hisense TV with Vidaa OS, and you can access a custom sports experience seamlessly by clicking the 'Sports' button on the remote.”

Smart TV makers including Hisense are increasingly developing their own native operating systems instead of partnering with established OTT device ecosystem providers, such as Roku and Amazon.