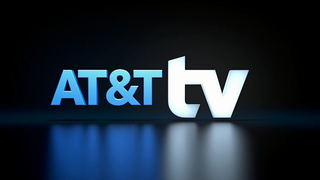 AT&T said the virtual version of its premium pay TV service, AT&T TV, will roll out nationwide starting in February, and that it will be used to drive penetration of the telecom’s fiber-to-the-home broadband service.

Speaking earlier this week at the Barclays Global Technology, Media and Telecommunications Broker Conference, Jeffery McElfresh, CEO AT&T Communications, described AT&T Now as a “capex-light” product that generates half the customer acquisition cost of AT&T’s DirecTV satellite TV service. (A transcript of the event was provided by Seeking Alpha.)

Having lost 1.3 million pay TV customers across its various platforms in the third quarter alone, AT&T expects its new virtualized premium video service—which has already entered the market  in New York and a dozen other cities—to stem subscriber churn.

Meanwhile, AT&T is shooting for 50% market share in wireline broadband, over the next three years, within the regions it has launched its FTTH service.

“Our growth agenda is on fiber and our entertainment group, and on the AT&T TV product that will be offered nationwide,” McElfresh said. “We'll grow with a better capex payback profile in our pay TV business with AT&T TV, coupled with a focus on our fiber broadband footprint driving incremental penetration, and that's how we balance out our entertainment group's performance in 2020 and beyond.”

AT&T TV is a streaming pay TV service that hybridizes newer virtual and traditional linear business models. In regard to the latter, the service requires a two-year contract, bundling in 73 channels in its base tier for $60 a month the first year, the price shooting up to $93 a month in year two. It also comes with a proprietary set-top, an Android TV-powered client device.

On the vMVPD side, the service is self-installed, thus generating AT&T’s projected capital expenditures savings. And it’s delivered over the open internet and not managed network, allowing customers to use any broadband service they want.

Of course, AT&T is hoping they choose its FTTH service. And for his part, McElfresh believes the new video service can help AT&T achieve its “50% penetration” goal for fiber.

“We have proof of how we do this historically,” he said. “As you look at the fiber that we built out in the ground in 2016, at the three-year mark, we roughly approach about a 50% share gain in that territory. And so for 2020, with the bulk of our investments behind us in this fiber plan, our tactics are to drive penetration with the fiber that we've built.”

AT&T’s bundling strategy will also include upcoming SVOD service HBO Max, as well as its legacy DirecTV satellite product. And in addition to fiber, the telecom will also be pushing 5G fixed wireless services, in regions where that makes sense.

“You'll see lead product offers that are the best products that we can offer from wireless, fiber and AT&T TV and HBO Max in geographies where we offer the best infrastructure-based broadband,” McElfresh said. “In parts of the territory where there is no broadband available, you'll see us lead with our satellite legacy pay TV product and wireless.”