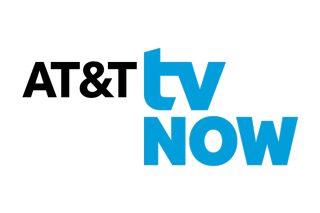 Formerly known as DirecTV Now, AT&T’s three-year-old vMVPD has been in obvious decline, finishing the third quarter with 1.145 million remaining subscribers. This was down from a high of 1.809 million users at the end of the second quarter of 2018.

AT&T has stopped offering promotions like free OTT players for AT&T Now signups. It’s also no longer giving away the service to subscribers to unlimited wireless and other AT&T products.

Most tellingly, however, AT&T is slowly rolling out AT&T TV, which is a full featured streaming pay TV service, undercutting the AT&T TV Now with a $60 entry-level price point that delivers 73 channels and 500 hours of cloud DVR storage, as well as a free Android TV-based OTT device.

AT&T Now delivers only around 45 channels for a monthly price that has risen to $65.

The marginalization of the once vital AT&T Now service comes as another notable player in the vMVPD business, Sony PlayStation Vue, prepares to exit the market in January.

For his part, Nathanson made his comments in a report highlighting his firm’s recent “Fall Summit on Cord-Cutting and the Future of Video.”

Another notable outcome from that event: Around 40% of the remaining pay TV ecosystem is exposed to cord cutting.

Nathanson surmises that about 60% of the 93.4 million pay TV homes in the U.S. contain regular sports viewers. And as long as major sports leagues continue to tie their key rights to the U.S. pay TV ecosystem, these viewers will provide a “potential floor” to the market.

Nathanson bases his conclusions on data supplied by research company Altman Vilandrie & Company. His findings suggest that 85% of remaining pay TV subscribers are regular sports and news viewers. However, it’s the “sports” portion of that audience remains “the most entrenched pay TV subscribers, Nathanson suggests.