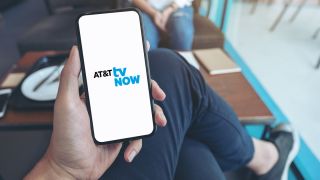 The State of Massachusetts said AT&T TV Now, Netflix and pretty much any other OTT service are not competitors to cable.

The state's Department of Telecommunications and Cable filed comments Thursday as part of its opposition to a request from Cox Communications. The cable company wants the FCC declare its Holland, Mass. system to be subject to "effective competition" from streaming service AT&T TV Now (formerly DirecTV Now). Such a ruling would provide Cox with regulatory relief.

The state agency told the FCC that classifying as "effective competition" a non-facilities-based video service like AT&T TV Now, which requires the broadband facilities of a third party like Cox to get its video to its customers, would undermine the commission’s policy goal of encouraging facilities-based investment and limiting regulation of the internet."

Following Massachusetts logic, Netflix would not be considered an effective competitor to traditional pay TV, even though it is clearly pulling eyeballs away from both day-and-date and VOD cable content.

Netflix certainly doesn't see it that way. In a recent 10-K filing it said its competition includes MVPDs, and points out that it has more than 167 million paid subscribers.

While the FCC prefers facilities-based competition, it does not exclude non-facilities-based competitors from the regulatory conversation in other areas. For example, it approved the T-Mobile-Sprint deal in part because Dish gets to run the companies' spun-off prepaid wireless business, which still requires Dish to use the Sprint-T-Mobile facilities, as part of the effort to create a competitor to the merged wireless providers.

Back in October, the FCC granted an effective competition petition by Charter and, in the process, opened the door to Cox and others by ruling that AT&T TV Now, and by extension any similar OTT, was effective competition to traditional cable video, a finding that triggers basic rate deregulation.

Historically, cable providers have cited the ubiquity of satellite as justification for removing rate regulations. But in this test case of sorts, Charter and the smaller, independent operators represented by ACA Connects were basing that OTT competition call on the availability of AT&T TV Now and seeking rate dereg in various Massachusetts and Hawaii markets, essentially the last remaining rate-regulated markets because regulators in those two states had effectively rebutted arguments by Charter that the markets were effectively competitive. (The FCC under Democratic chairman Tom Wheeler voted to presume that cable face competition in all markets [thanks primarily to DBS] unless local regulators could rebut that. The former presumption had been they were not competitive unless cable ops could prove they were).

The FCC’s Charter order said AT&T's OTT service fits all of the definitions of an LEC-provided competitive video provider for purposes of the effective competition trigger — comparable services, offered direct to home, and marketed by AT&T. The item said a provider does not have to have its own facilities to be a comparable video service, one of the sticky wickets in the long-standing debate on how streaming video should be treated in Washington.

Cox followed Charter's lead and Massachusetts is now trying to close the door.

In addition to saying the lack of facilities makes AT&T TV Now a nonstarter as effective cable competition, the state said that, even if it were a competitor. there could be no guarantee that AT&T TV Now would continue to be viable given that it has lost half its subs since the Charter petition was filed and had its biggest sub loss to date in the fourth quarter of 2019. Then there was its drop of support for Roku devices, including Smart TVs.

"Overall, there has been significant upheaval in the streaming video industry over recent months and years," it told the commission. "As of January 2020, electronics giant Sony discontinued its Playstation Vue streaming live video service,148 after being named Wired Magazine’s Best Overall TV Streaming Service as recently as October 2019.149 Although many households subscribe to multiple streaming video services, analysts and video executives agree that there is likely to be substantial shrinkage in the number of streaming services in the near future."

Cable ops have been angling for the OTT effective competition tag, and for good reason.

To avoid a return to basic cable regulations, cable operators are looking to establish the precedent that OTT video maintains the effective competition status of almost all systems today, and do so now, as cord-cutting continues to cut into subscriber counts for traditional competitors and as over-the-top becomes the video delivery system of choice for former satellite customers.

Cable companies fear that if the subscriber counts for DirecTV or Dish Network go south, local franchise authorities could cite that as a reason they were no longer subject to effective competition and reinstate basic rate regulations.